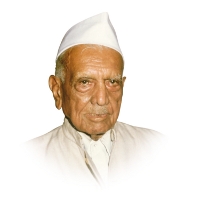 In the year 1948, J. P. Tiwari, a retired Deputy Collector (During British Regime) entered the film industry with a definite and decisive purpose of breaking away from traditional films.

J. P. Tiwari, the father of Western India Film Producer Association as it was established by him in the year of 1960 with a missionary zeal to regain the lost status of small and genuine film producers for the value-based films. He enthused, encouraged and helped them, so that they could accept the challenge to defeat the adversary with strength to progress and prosper with dignity.

He was a man of exceptional knowledge and multidimensional personality. He served WIFPA for more than three decade as a founder president. Perhaps no other institution other than WIFPA can boast such a unique record of one holding office of presidentship continuously for a period of 30 years. He remained on its helm since inception 1960 till his death on December 8, 1991.

In his profound memory WIFPA has constituted a prestigious Award in his name as J. P. Tiwari Award to be given away every year to two people for their dedicated services to the Indian Cinema and the association.
click here to go back to top of page 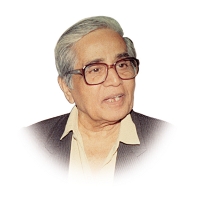 In the family of Shri Parshuram Shirke, on the most auspicious day of ‘Ganesh Chaturthi’ a son born was christened with the name of ‘Gajanan’. This son Gajanan Parshuram Shirke, popularly known as G.P. Shirke, grew up with high principles, determinations and wisdom, entered the film industry with his first interest in cinematography but in the company one of his Parsi friend, he entered the field of film production. One of his film ‘Molkarin’ turned out to be a trendsetter in Marathi film industry and he became popular as a culturally oriented and purposeful film maker. During this period Dada Kondke, a famous comedian and producer of Marathi films, became his most trusted friend.

G. P. Shirke, as an active film producer came across with many difficulties of low budgeted film producer in obtaining raw film stocks. To protect the rights and privileges of these producers, he joined WIFPA in 1969. He with his fighting sprite and courage, soon became its vice president and represented WIFPA on all forums as all activities circled around him. After the death of J.P. Tiwari he was chosen the president of association in December 1991. He was a Chairman of Chambers of Motion Picture Producers (CHAMPP) which was formed in 1988 with the efforts of Manmohan Desai. He was also the Chairman of Film Makers Combine (FMC). In 1972, he became the Chairman of Shiv Sena Chitrapat Shakha (SSCS), which was launched as a cultural wing to the welfare of the film people. He, in 1995, to counter the arrogant attitude of the Cine employ’s organisation, the Film Craft Federation (FCF) was floated under his chairmanship.

As a dynamic president of WIFPA, G. P. Shirke brought sea change of difference in enhancing the prestige, goodwill and glory of its association and its members. His meritorious leadership had the ability to help its members to make them to enjoy the fruits of their efforts either by persuasion or by force but with unity. He believed the Western India Film Producers’ Association is ever vigilant guardian and sole representative especially for the small and regional film producers. The three decade of his excellence dominated the film industry. He remained WIFPA’s president from 1991 till his untimely demise on January 22, 1999.

G. P. Shirke was conferred with WIFPA’s prestigious J. P. Tiwari Award (Posthumously) for his excellence and distinguished services rendered to his association WIFPA in the function held on September 20, 2000.
click here to go back to top of page 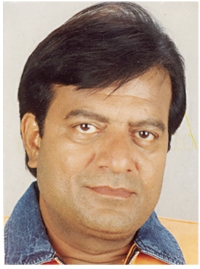 Subhash R. Duragkar, a man of recognized personality of Film Industry who ambitiously and firmly is engaged in Creative Film making business since his first block buster feature film ‘Ankush’. After an untimely demise of the president Late G. P. Shirke, he, for his long standing active services and energetic initiative in associations’ activity, was unanimously elected as President by its Executive Committee on 23rd January 1999. Though Duragkar’s presidential tenure was very short but as per his constitutional responsibility and commitments, his decisive steps to holding WIFPA’s general election within due time in April 16, 1999 was very much appreciated by the members.

Today he being on WIFPA’s executive committee continues serving the Association with zeal and spirit.
click here to go back to top of page 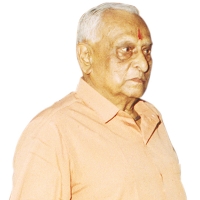 After WIFPA’s 31st AGM held on April 16, 1999, B. J. Patel was unanimously elected for the post of President of Western India Producers’ Association by the newly constituted Executive Committee. The veteran Film Producer-director, Patel’s style of speaking mannerisms and his method of making creative Films, speaks volumes for his ‘off the beat’ nature. His slogan worth implementing “the producer must survive” and with this laudable motto he also helped many small and regional Film producers in completing their films within every available means. His confidence in himself and the detailed planning and personal supervision were the secrets of his success. He today, in his retired age, is settled in Australia with his family.

He was conferred with WIFPA’s prestigious J. P. Tiwari Award for his devoted services to his association, in a function held on December 10, 2003.
click here to go back to top of page 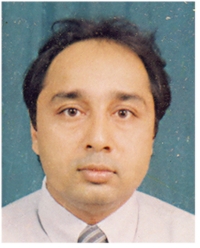 “As strict as he was”, says Sangram Shirke of his father, he had some concerns about me making the best of my life, and would not accept anything less than what he thought was my best.” And Sangram Shirke today stands as a beacon, not only in the world of media and entertainment industry but also in the larger realm of public life.

The only son of his father, Sangram Shirke was born on October 23, 1962 in Mumbal into a Brahmin family. His father Late Gajanan Shirke was a well-known film-producer and dashing leader of Indian Film Industry.
Elected as Vice President of WIFPA in the year of 1999, Sangram Shirke created a history by becoming the youngest President of WIFPA in 2001. His victory propelled the ten thousand WIFPA members who were languishing under Bollywood dual policy with the low-budgeted-film-producers. And he emerged out with his wisdom and enthusiasm in improving WlFPA’s financial status as well as its members’ sad plights
Sangram Shirke’s revolutionary slogan – “Freedom to work, Freedom to trade, Freedom to creativity” – glorifies WlFPA’s Golden Jubilee Year 2010, as an awakening year. He is bound to pledge to carry on the legacy of the great visions, knowledge culled from experienced people to cultivate unity, co-operation and mutual trust among all active film-makers.
Under the dynamic leadership of maverick Sangram Shirke, Western India Film Producers’ Association has significantly gained the potentiality to reach the new heights of growth and glory. The miraculous increase in association’s membership also testifies the highest standard of his presidential quality, zeal and vision that protects the rights and privileges of his members.
click here to go back to top of page